Muzaffar Hussain, a member of student forum, studying in government Higher Secondary School, Thatharka in Class XI, became a messiah of for four innocent lives after having been oriented under different student’s schemes of NDF. 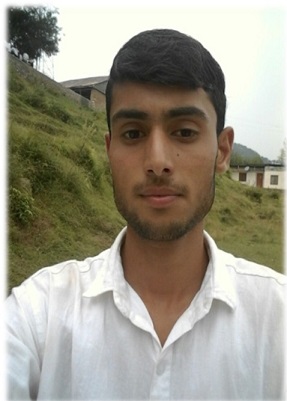 Muzaffar’s first case was a student Shahjaz Ahmad (named changed) a student from the same village studying in Class XI.
Shahjaz had fallen in the bad habits of smoking for the long five years. His family being aware about it, struggled hard to persuade him to give up smoking but the efforts went waste. Shahjaz’s father was killed by militants a decade ago and his mother is a housewife.
The economic conditions of the family were shattered and his smoking habit was adversely telling upon his families lives. The mother and the other siblings were extremely worried about his health as well as the possibilities of taking to foul means of generating money for smoking. Muzaffar began his counseling and dedicated his time, energy and logic to bring Shahjaz round his suggestion to quit smoking. Shahjaz ultimately agreed and gave up smoking. He is now a close associate of Muzaffar who monitors him all the time.
Muzafar’s 2 nd and 3 rd target included two students of village Seripora, Ram Singh (name changed) and Abdul Rashid (names changed). Both of them are young boys in their teams having fallen into the bad habits of smoking for two years. Their families had been worrying about their health and had done every effort to rid them of this vice. Muzaffar’s motivation changed the life of both the students. They quit smoking and are leading a normal happy young life. Muzaffar has raised a company of good youth to help them all the times to remain away from smoking.
Jamal Ahmad (name changed) was Muzaffar’s 4 th target. A student of Class XII, Jamal came from village Seripora and who indulged in smoking at an early age of 14. His family is not aware about his habit. Muzaffar managed a personal contact with Jamal and started the latter’s counseling. His efforts yielded desired positive results and Jamal gave up smoking and now he is a non-smoker 18 years old boy who leads a positive and happy life.
Help us reach youth and adolescents for positive changes in their life